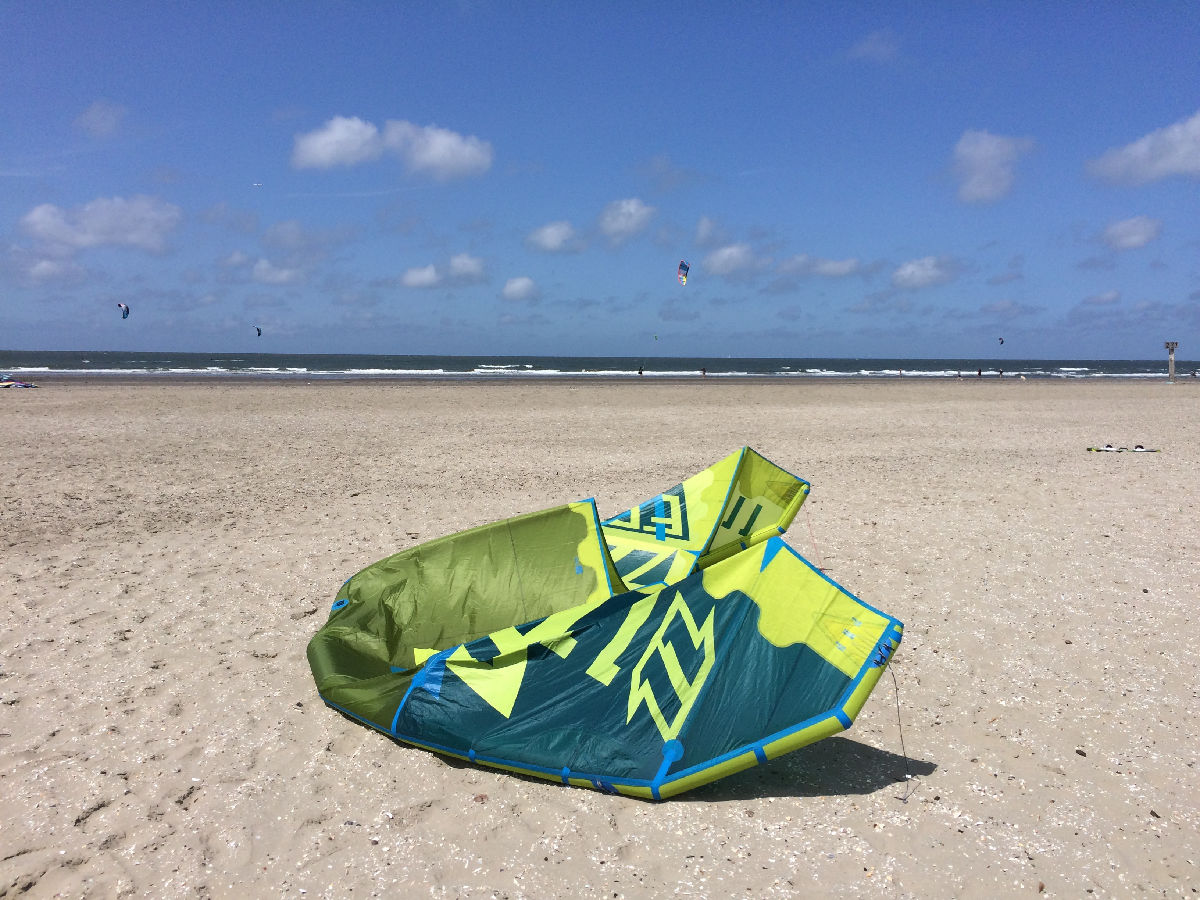 The EVO started out as a beginner oriented kite, focussing on easy relaunch and windrange. It was supposed to be good for any style or condition, but strictly following the Delta concept, it remained more of a beginner kite than an advanced one. Ralf Grosel, designer of the Rebel and Vegas, took over the EVO and developed it away from Delta shape, giving us a much more performance oriented kite since the 2014 model. This made the EVO a bit of an underdog for 2014, but as more riders discovered it’s capabilities, you now see the 2015 literally everywhere in the sky.

I’m always afraid an all-round kite will never be really good at any one thing, making it an all-round compromise. The 2015 EVO doesn’t feel like it’s a compromise on anything though. This kite is truly good at everything. Surely if you stick to just one riding style, you’re better off with a more specific kite, but if you’re anything like me, and want to be able to ride in anything from swell to butter flat water, either riding some waves, doing high board-off’s or unhooking for some s-bends, the EVO is for you.

North Kiteboarding has always been well known for it’s build quality and the EVO is no exception. I’ve seen these things being crashed inside-out in +35 knots over and over by kite schools in Tarifa without any problems whatsoever. As for relaunching, it almost does it automatically thanks to it’s Delta inspired shape.

The EVO gives you a very safe feeling. It absorbs gusts and is extremely stable in the sky. It has HUGE windrange, making it perfect for a 1 or 2 kite quiver. I was riding the 8m on 24m lines and my buddy the 11m on 22m lines, both having a great session at the same time. Once you get some wind, expect huge lift and hangtime. If you want to go for wave riding or unhooking, I recommend the 22m lines, making it turn much quicker and giving better pop-and-slack. As for bar pressure, it’s a bit higher than, say, an F-one bandit, but this makes it less nervous, and you can always feel where the kite is, whether hooked or unhooked.

This kite does it all, and it does it very well. It’s the best kite I’ve ever flown since the first North Rhino 1’s. It has huge range, boosts big with a lot of float. It drifts well enough to ride the waves, and the unhooked performance will be perfect for 90% of the non-pro freestylers out there.